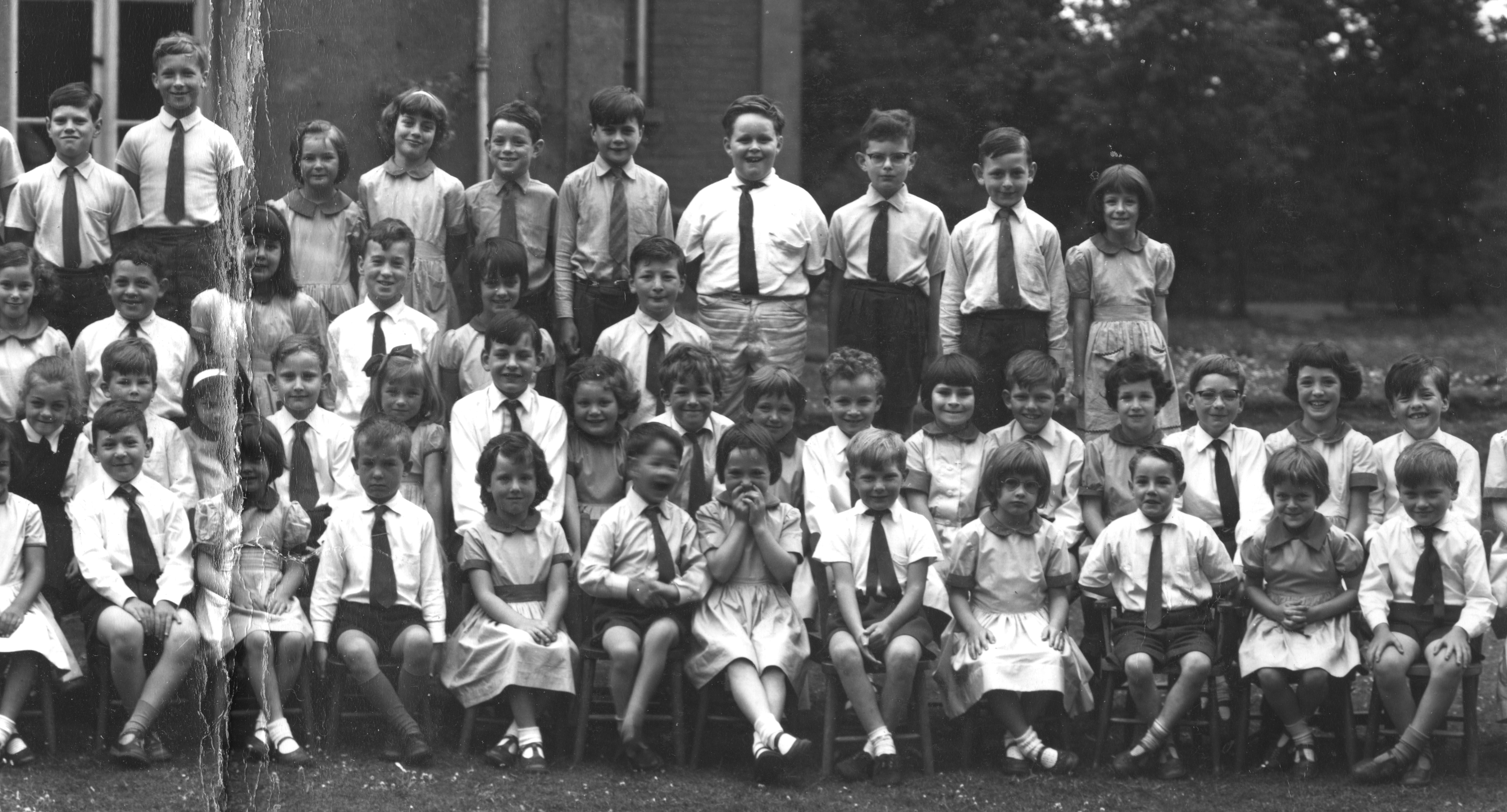 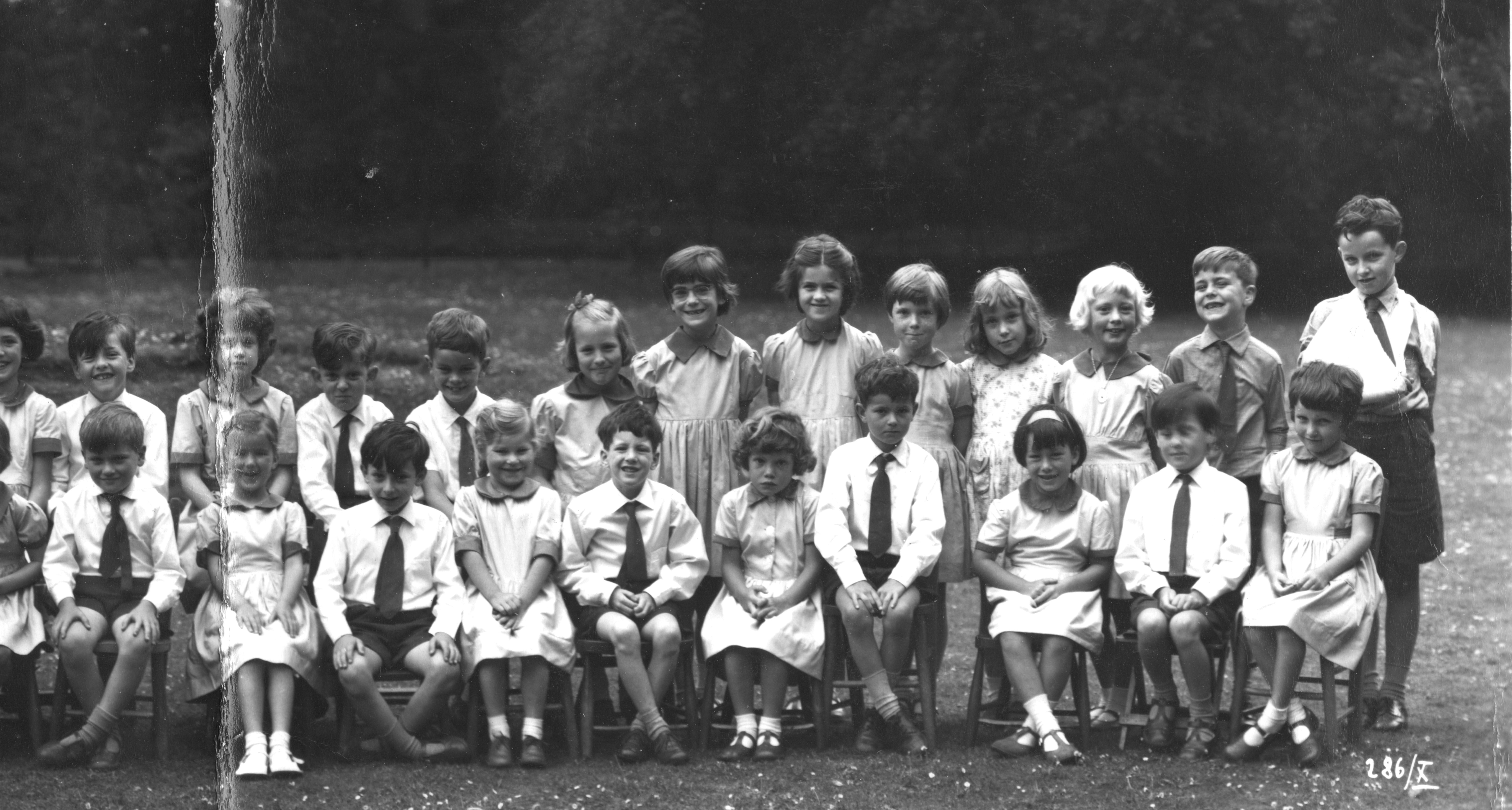 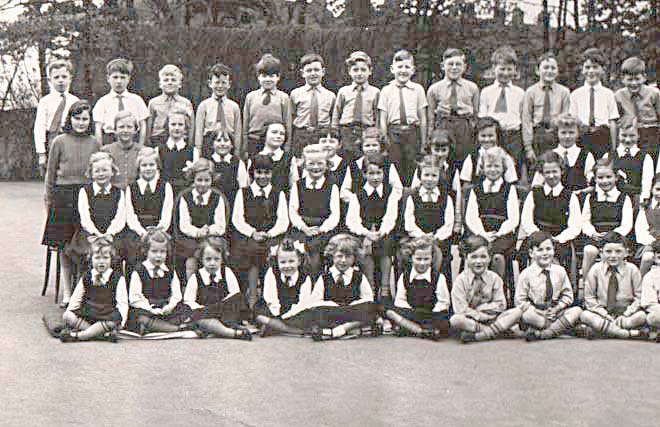 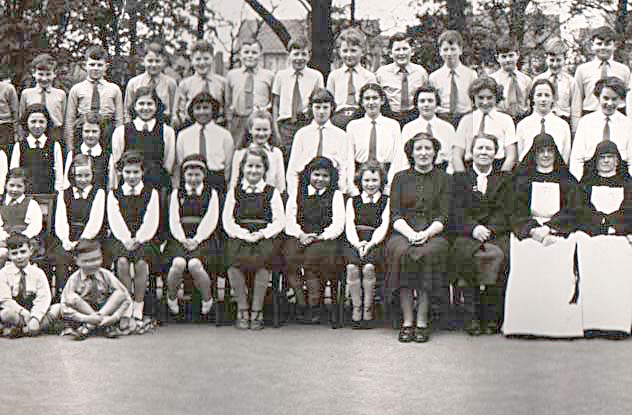 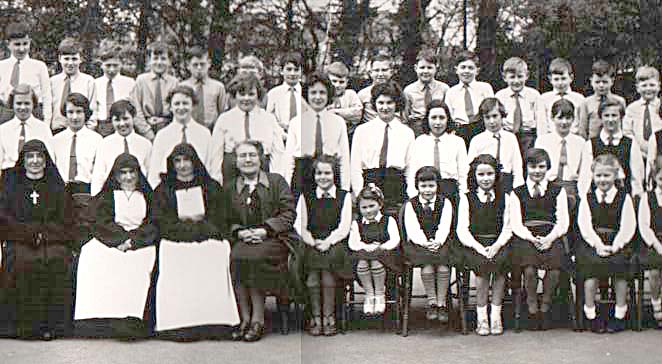 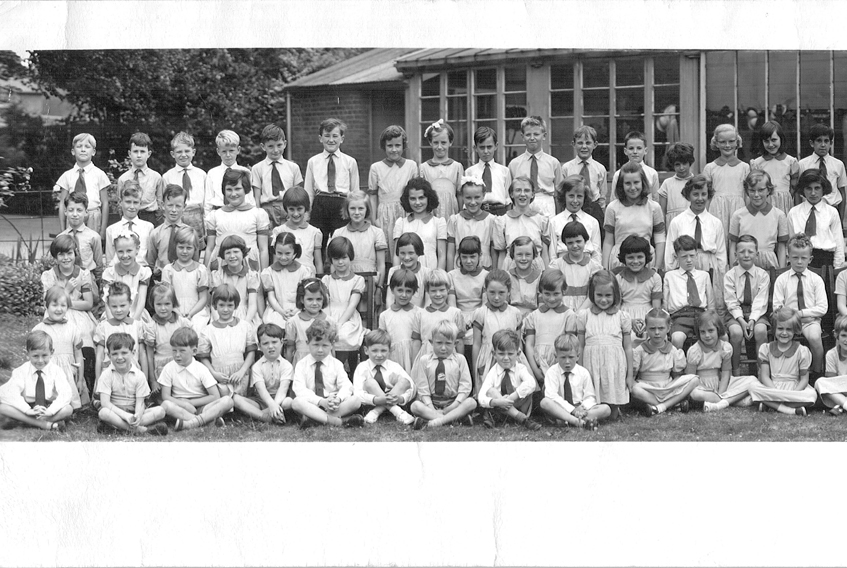 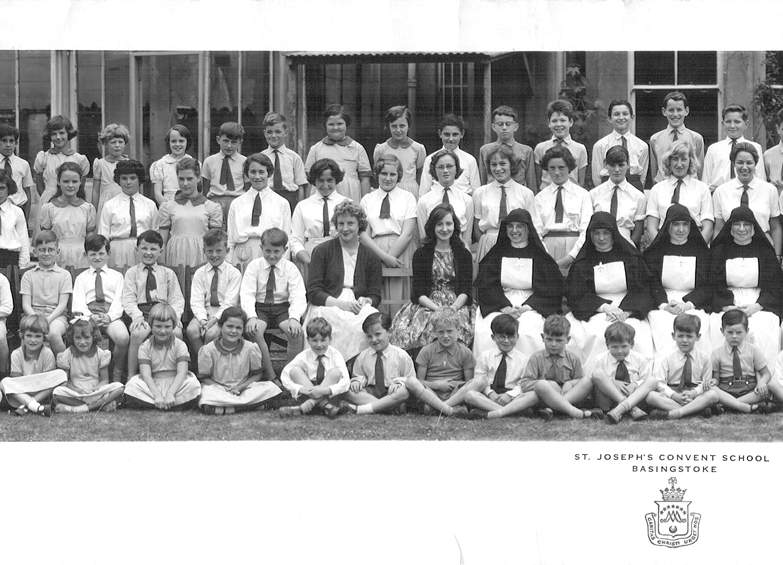 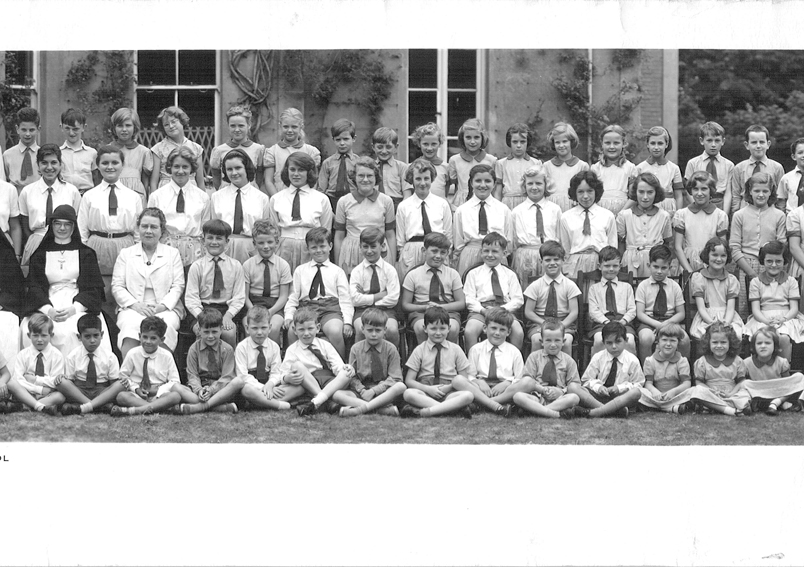 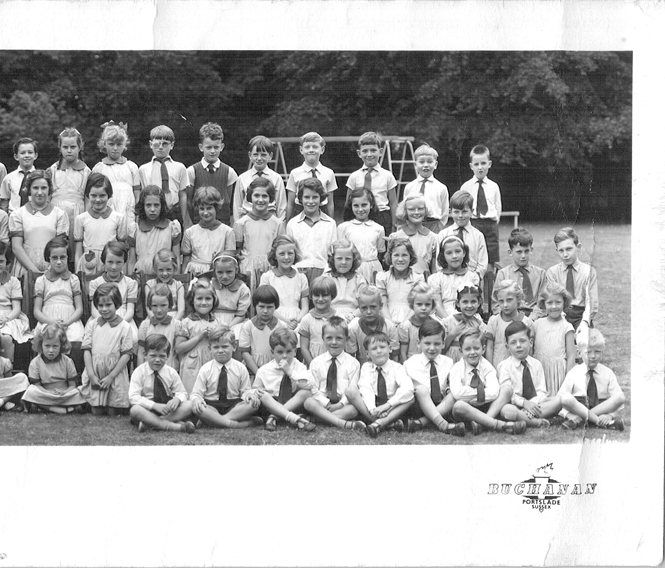 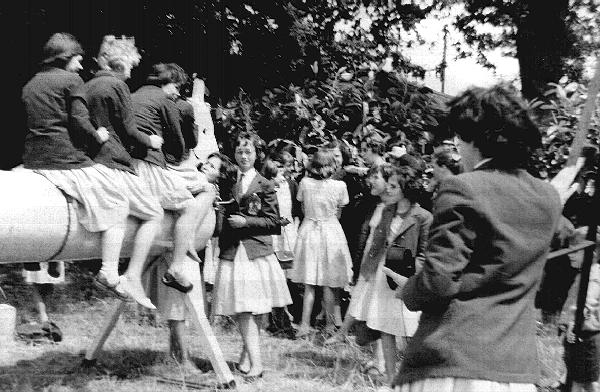 On Horse from rear Deborah Billington, Mary Etheridge, Sheila Rutter (girl on front of horse not known) Girl looking up at horse Nuala Tuxford. Next girl looking forward is Christine Hookings. Next two girls Madelaine Butt and Pamela Oliver Nuala says "This photo must have been in July 1960 because in the following Sept I was due to cross to the senior girls at the Holy Ghost. Several of us were invited on a school outing - on a get to know basis. We all went by coach to a girls boarding school - I think it was Winchester way - for a netball match followed by tea and a tour of the school including girls rooms. The other school won the match and whilst staff were friendly the other girls weren't! The photos are taken in the school grounds and it is me looking up at the girls on the wooden horse." 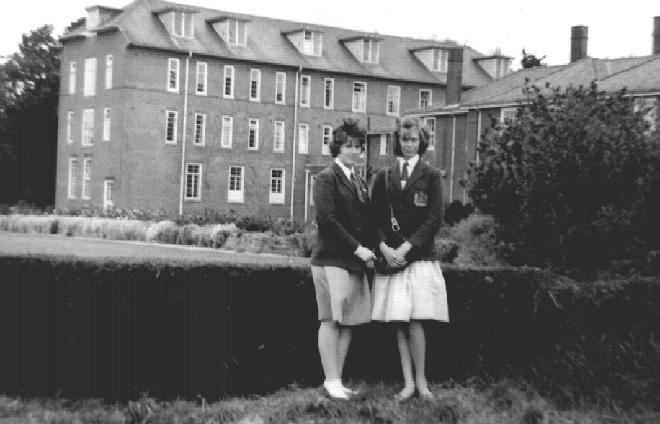 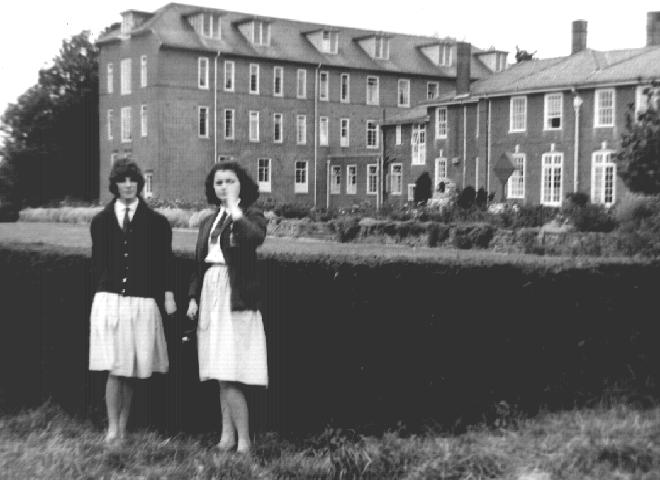 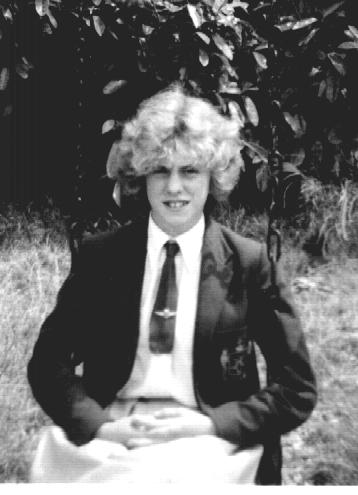 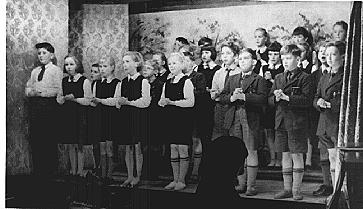 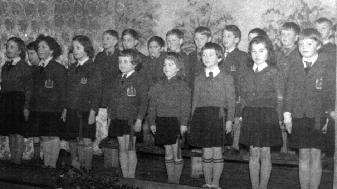 my first day of school, wearing the school uniform and a slightly nervous expression! 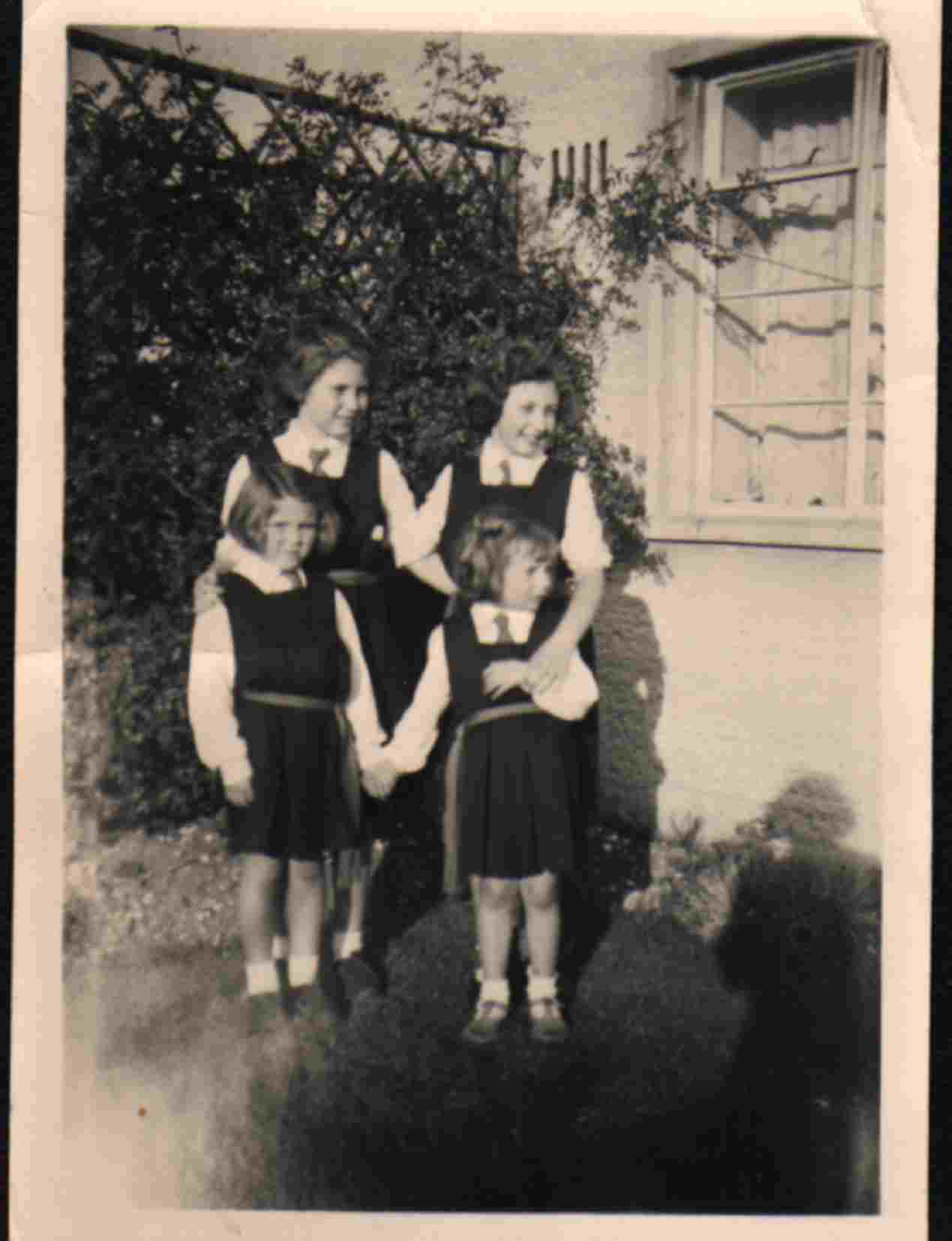 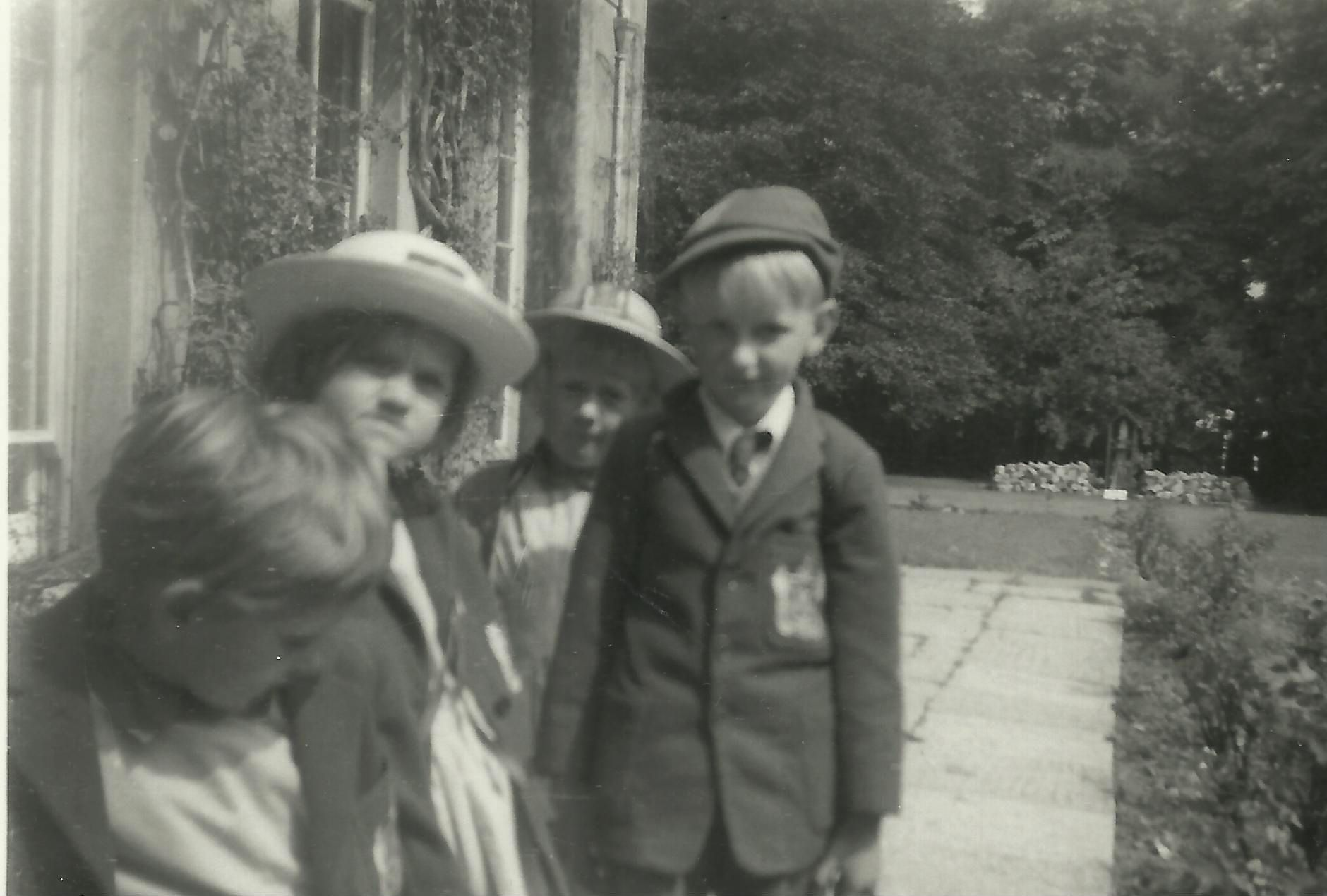 Mary Slatter and Marion Cronin(?) are the girls 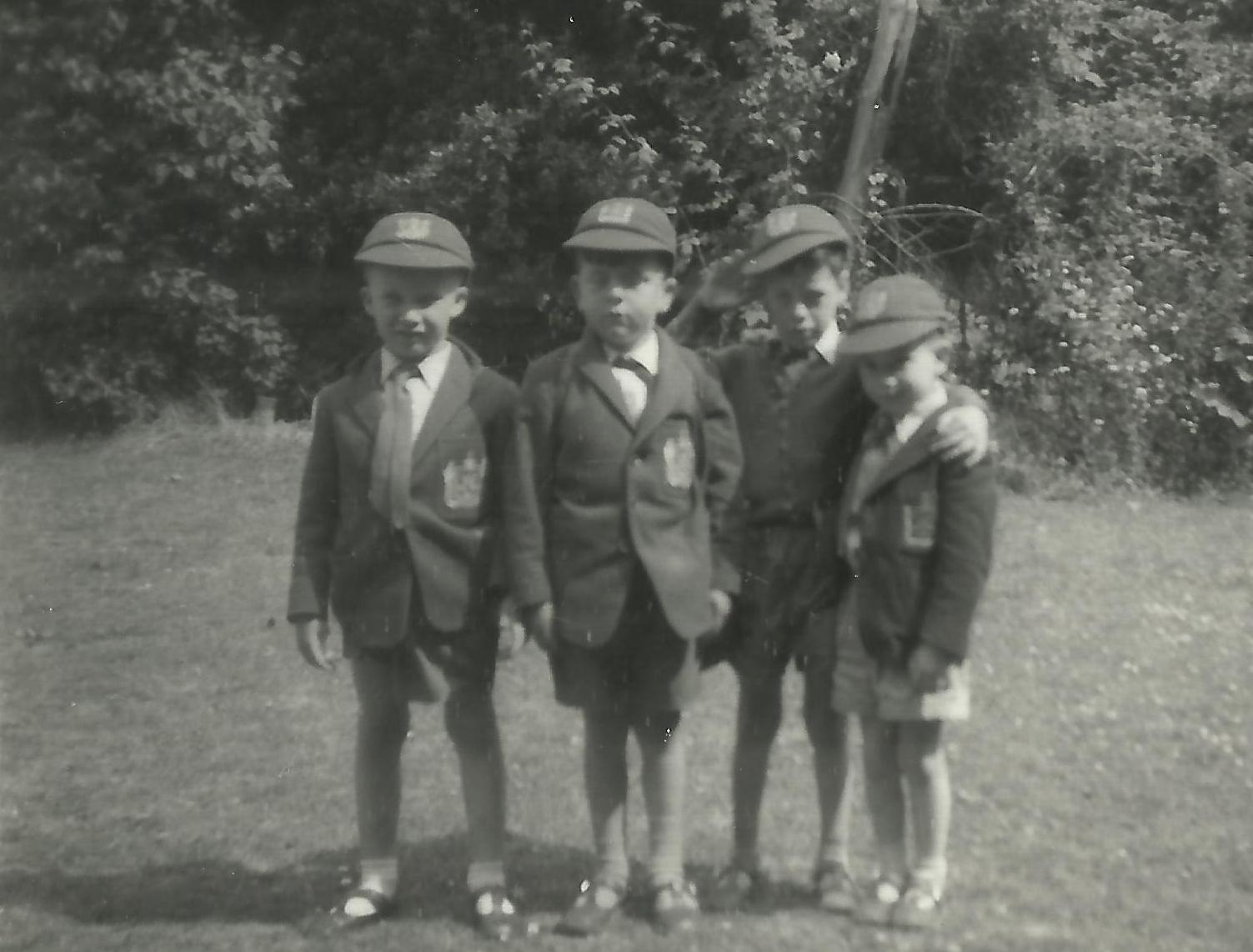 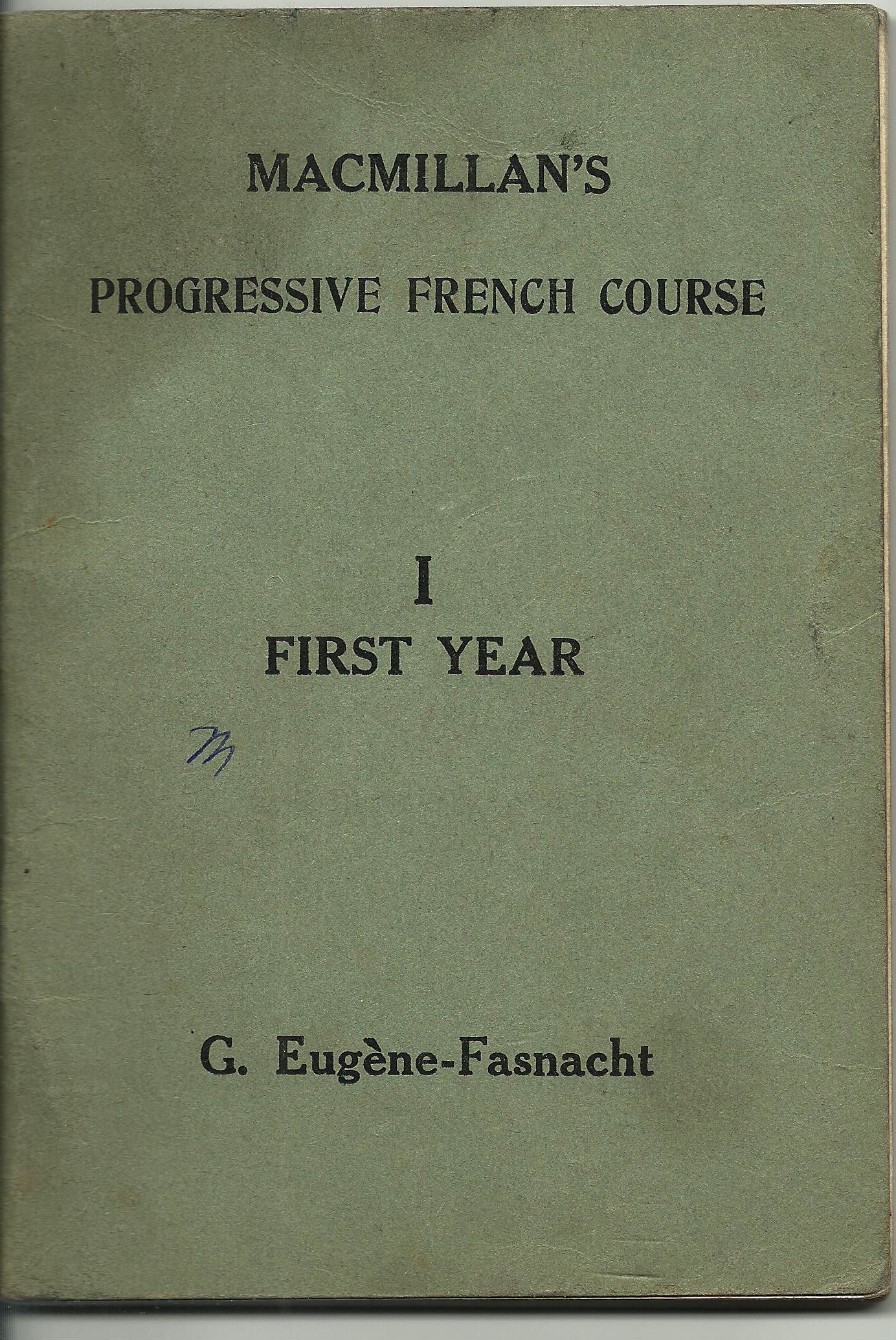 Mike Doggart: I remember doing french lessons but I think they were either after school or at the weekend. I still have the book. Hopefully they gave it to us to take home? It is dated 1949 although first published in 1877. 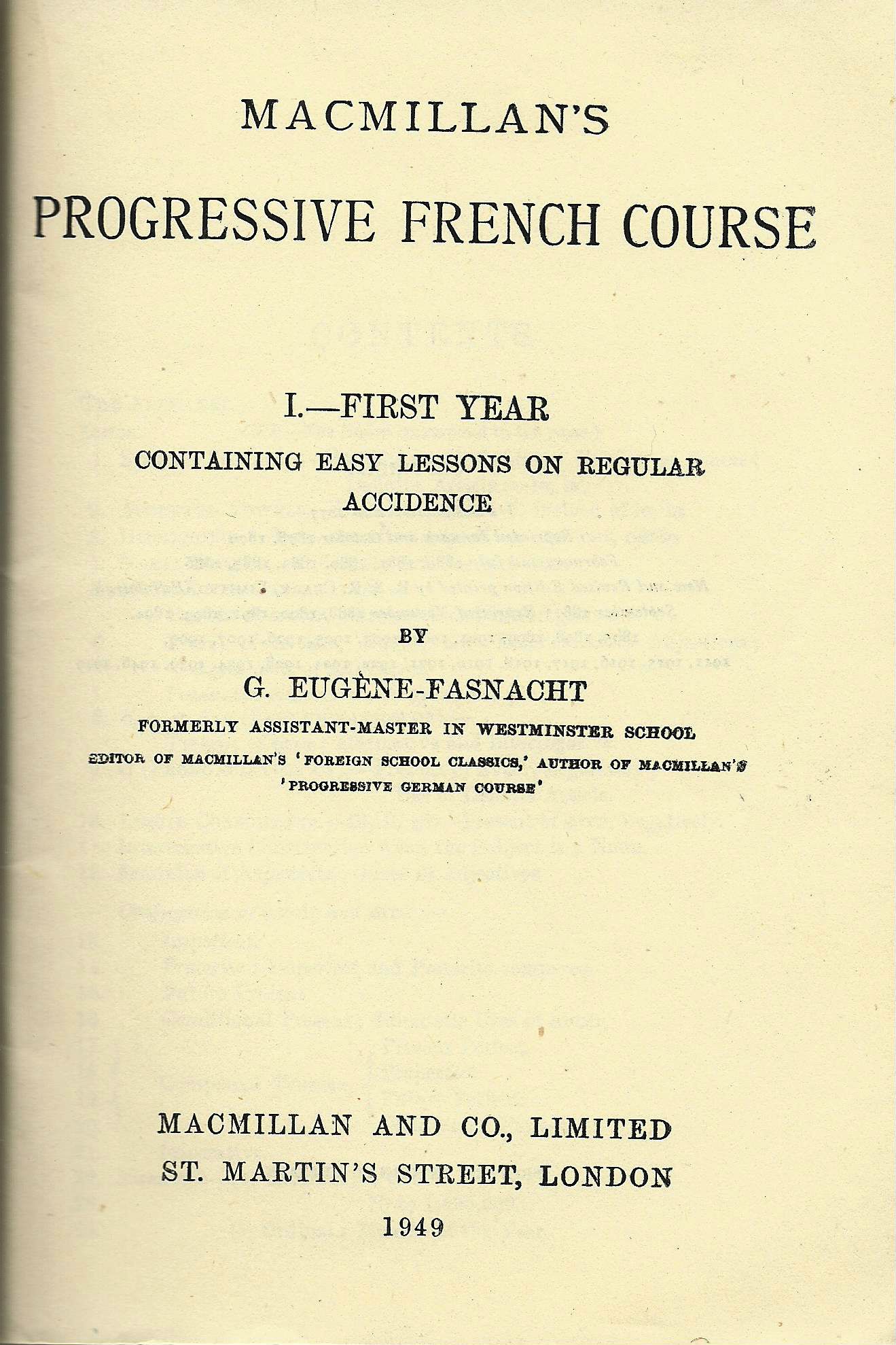 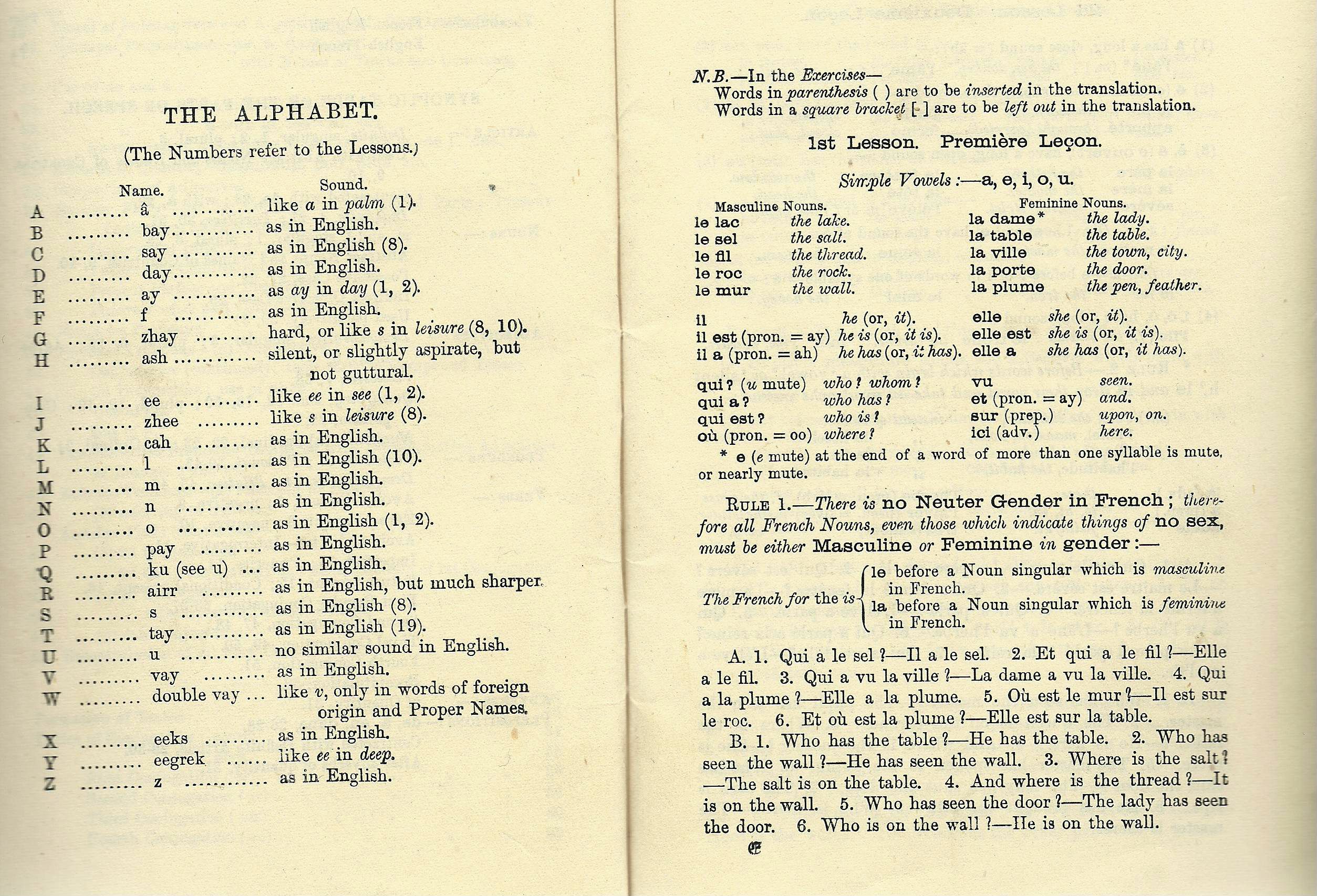 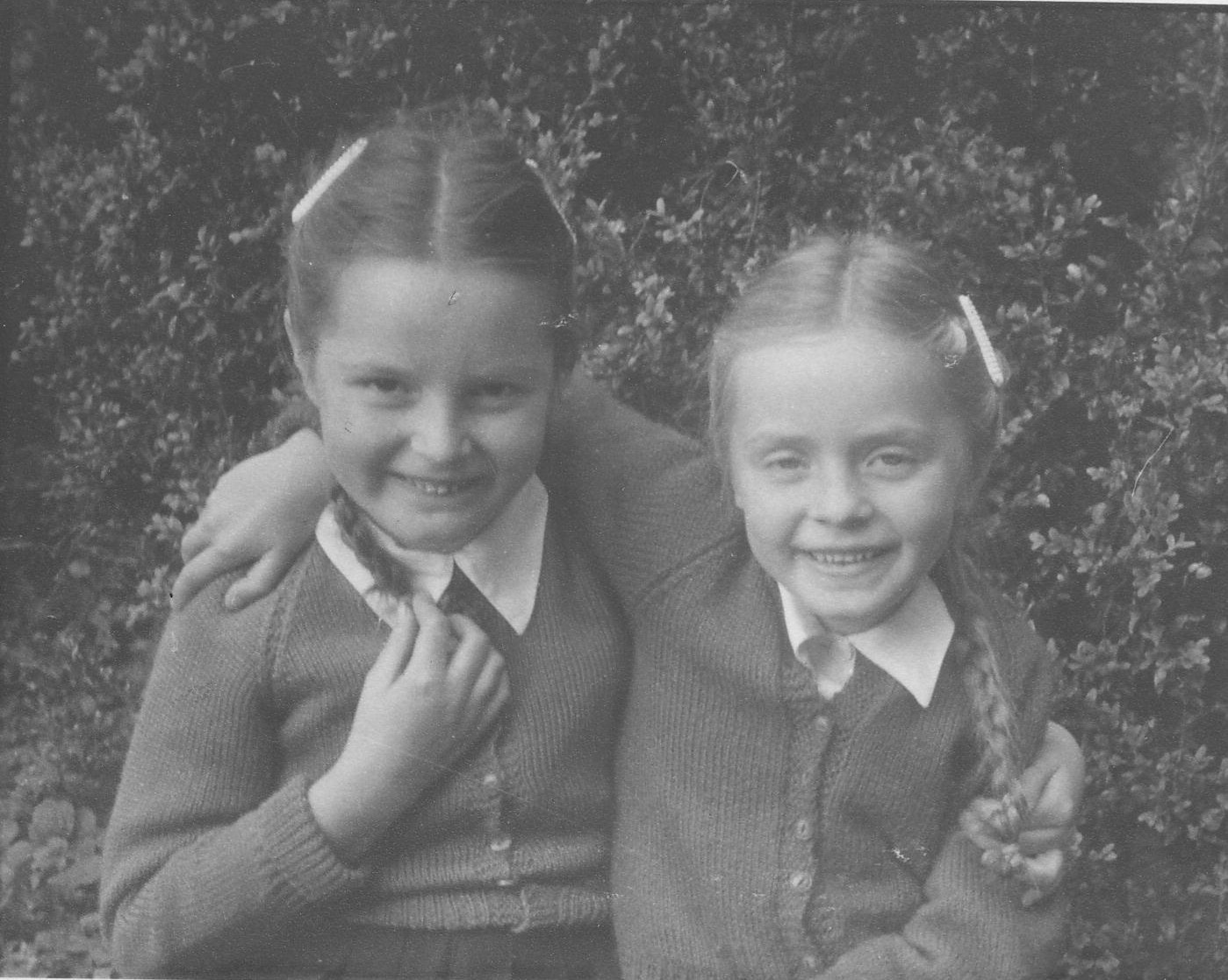 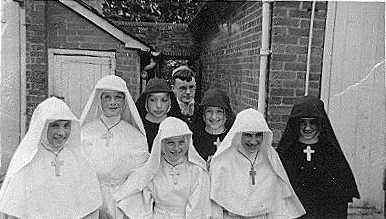 Thanks to Debbie Reavell for supplying the photo. 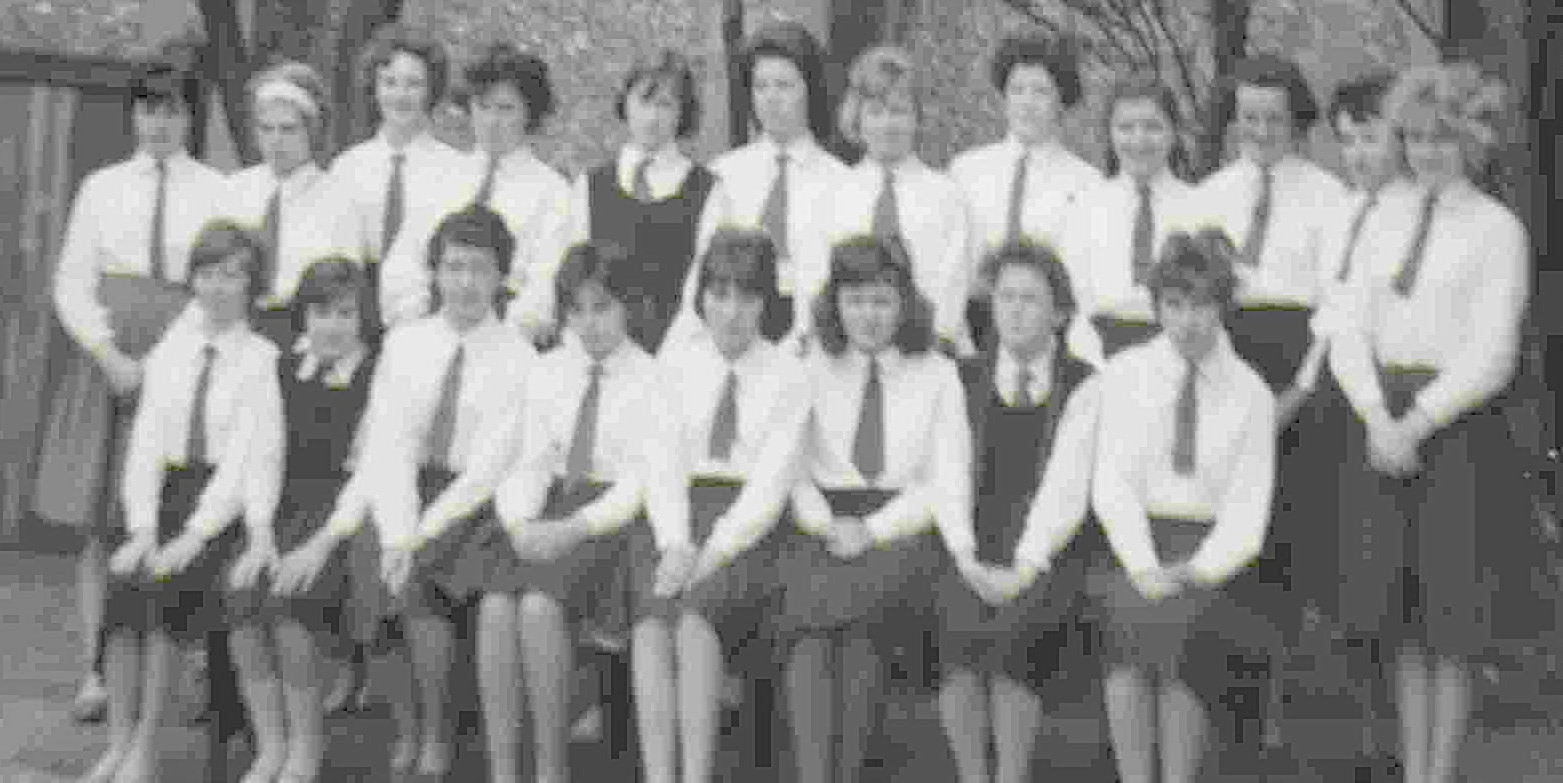 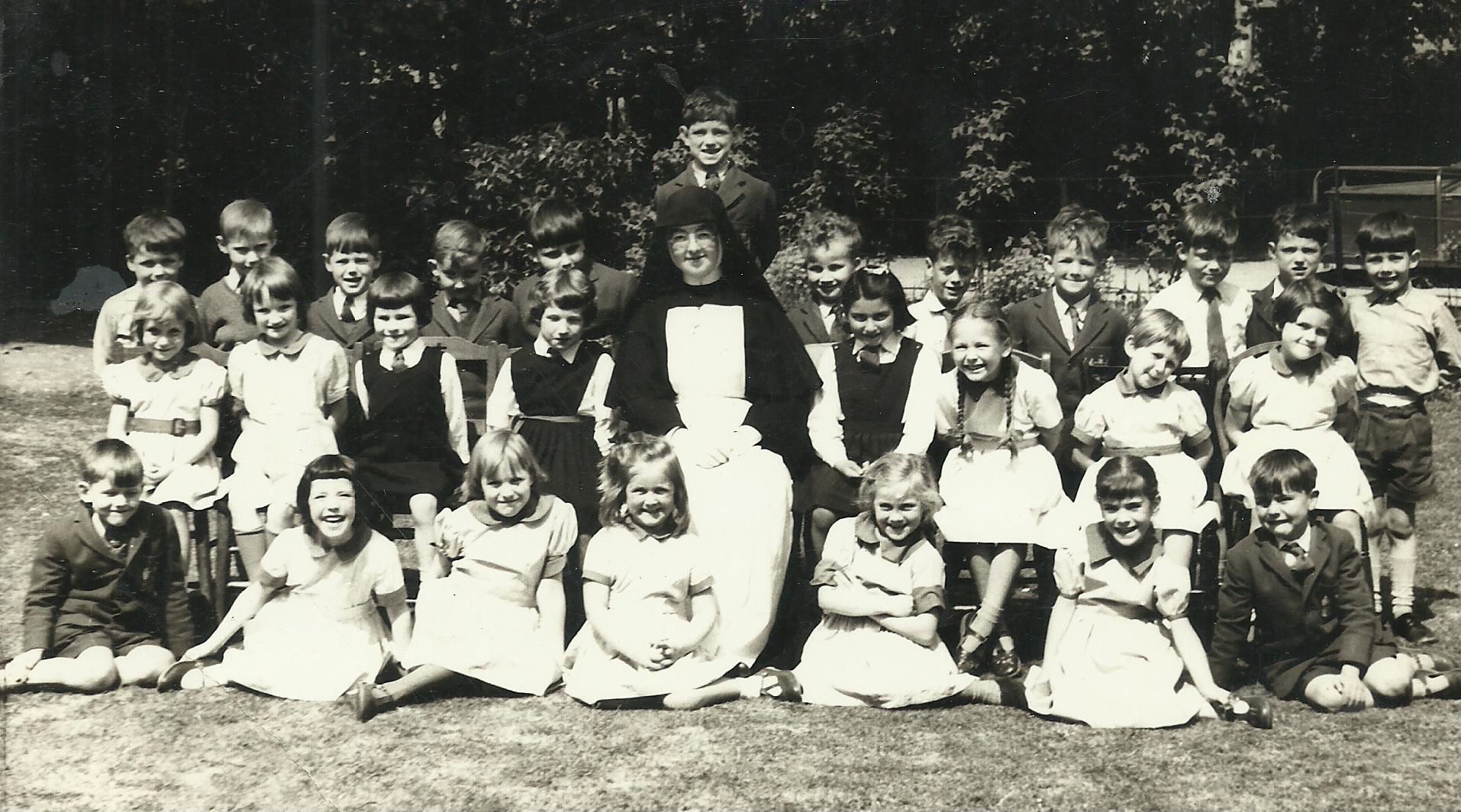 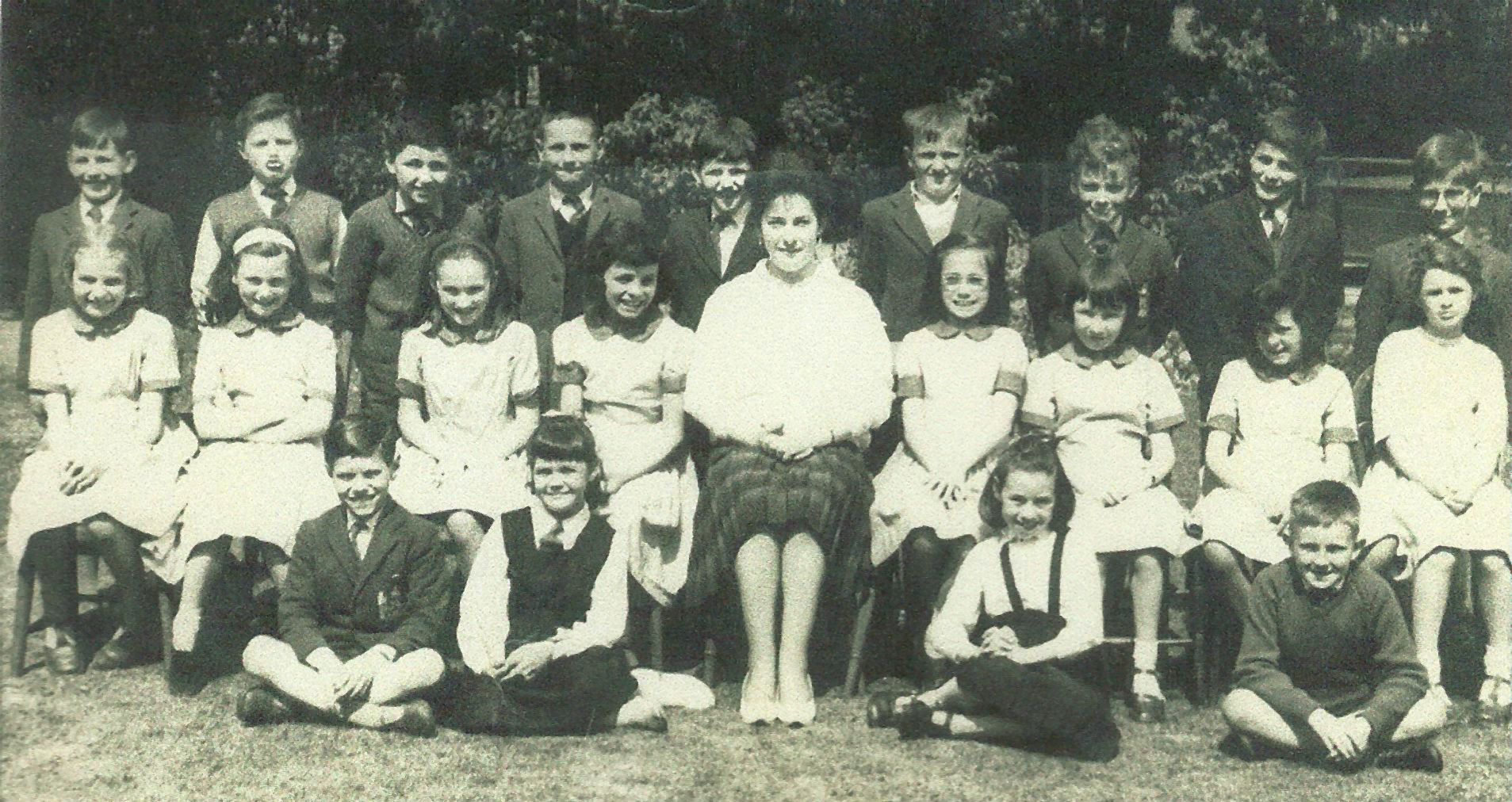 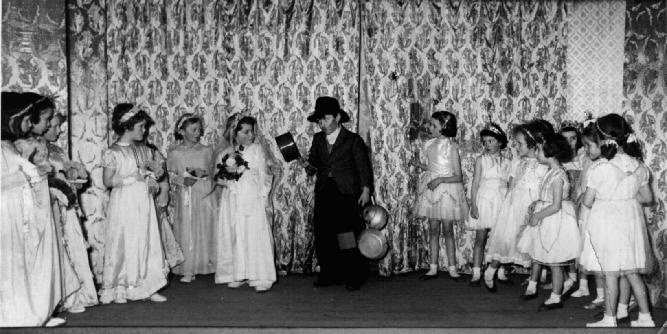 Nesta says "I only know two one is me and I am second from left in the front row and my best mate Judy Wood is the next one along. Judy and I had been told by our teachers that if the elves in front of us did not move at a certain point in the production we were to tap them with our wands - apparently they didn't move so Judy and I hit them quite hard and brought the house down. My sincere apologies if I did them any lasting damage!"